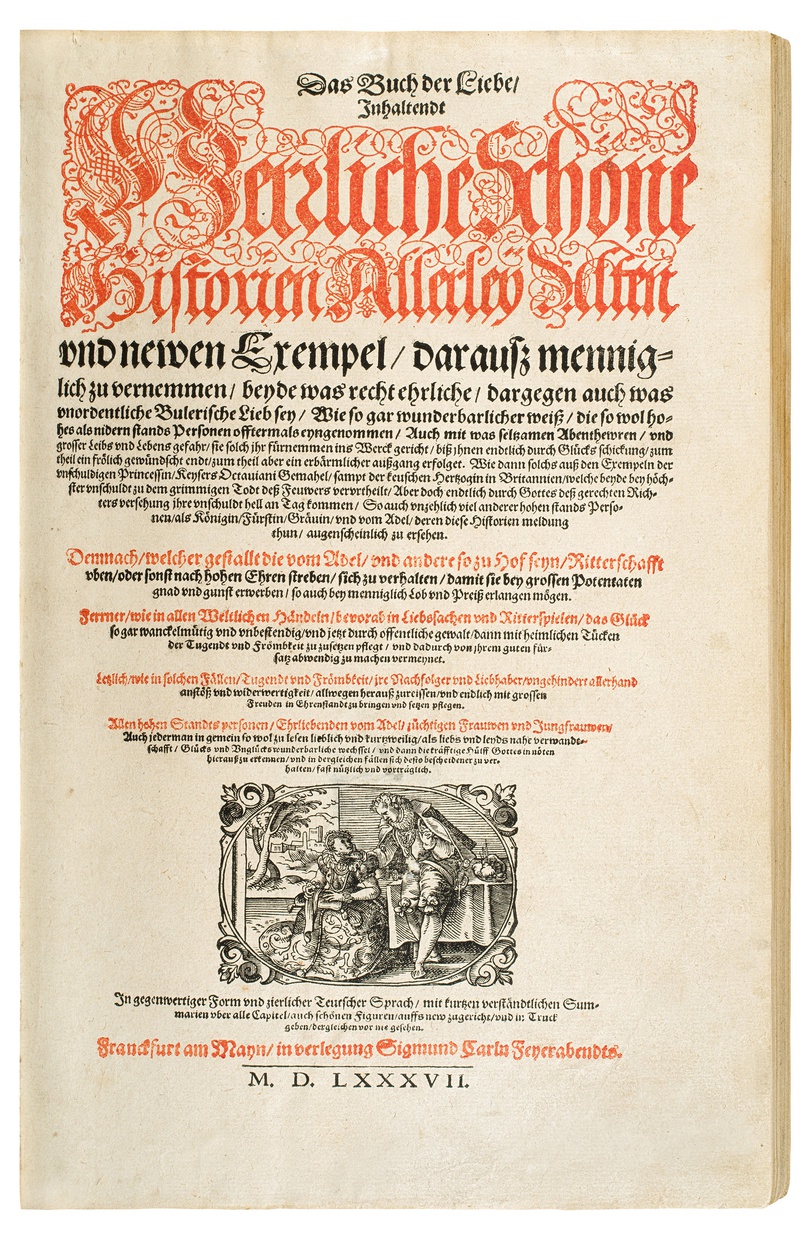 The arrangement of these tales has no inherent structure. The texts derive from different literary traditions, such as French and Italian literature, late antiquity, German medieval epic poetry, and 16th-century chapbooks. All stories are set in the chivalric-courtly milieu and are amalgamated by the theme of love, with varying endings. Several authors and translators of the various stories are known, however, none are mentioned in this collection, as the publisher Sigmund Feyerabend obviously chose to 'anonymize' his entertaining edition.

The edition is richly illustrated with the coat of arms of the Landgravine Hedwig of Hesse. The reason for this opulent entry is that Feyerabend obviously wanted to address and to allure a certain noble clientele from the Landgraves of Hesse because the printing project at hand was extensive and costly.

This edition also includes one larger, and countless column-wide woodcuts; numerous are used more than once throughout the book. All images are placed on an elliptical surface framed by scrollwork or other Renaissance ornament. Different layouts also help to distinguish the two major artistic styles to be found in the book.

Style A uses large, slightly oblate ovals, with ornamental supplement only in the corners. Style B surrounds its scenes with a complete framework, whereas the scenes are placed on faultless ovals and in a more spacious environment. The latter prefers minute compositions with slim figures and forceful parallel hatchings that add a gloomy tone. Style A (with the flattened ellipses) constitutes the major part of the illustration material. It is characterized by generous compositions with spacious objects and voluminous figures that fill the image space to the point of bursting.